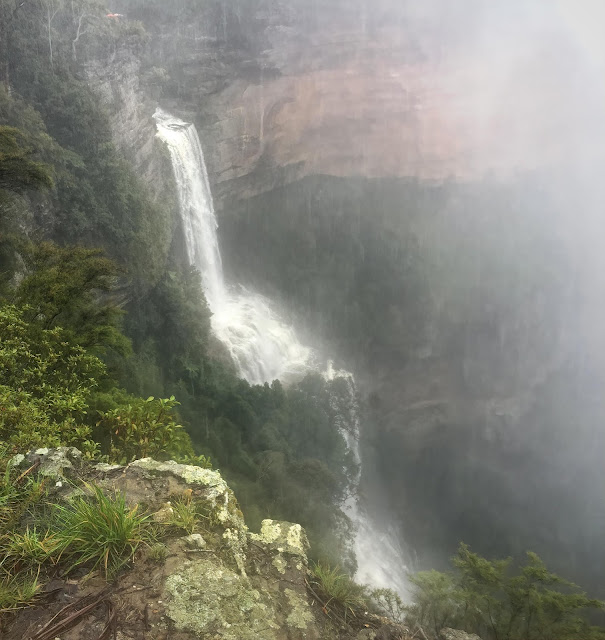 I hesitate to use the word “Katoomba” for while the word feels full of life, it is imaginary. The name “Kedumba” which is used today to name the creek that feeds the falls is real and ancient. Perhaps the First People once applied the word to the river – but the elder Werriberrie (who lived below the falls when Darwin looked from here into the abyss) tells us a different story.
In his old age, Werriberrie was good mates with the European farmer Bennett and told him the secrets of this place. He said Kedumba applied to ferns. The ferns, which grow downstream, are used by the kadaicha to cure eye sickness.

The name was stolen and given to the town by the politician Neale in 1876 who was annoyed that engineers that dubbed the location “The Crushers” during the building of the railway siding. The new name was formally adopted a year later and used by investors to attract tourists from Sydney.

I have always thought Katoomba a beautiful name, but it is in the wrong place. Once you know the real story, that it was confected by speculators, the name grates. It feels wrong.

But then, perhaps there is no point beating ourselves up about names. The Kedumba River is still here. The ferns that gave it its name are still here. They whisper its name to everyone. Some things you cannot steal.