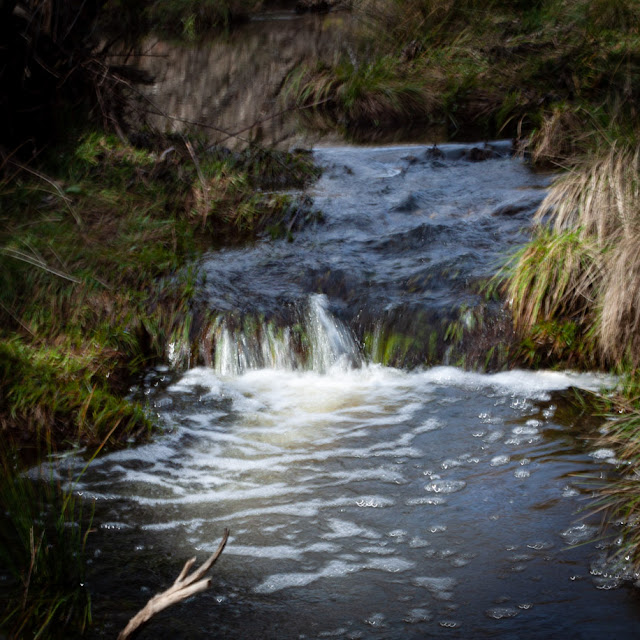 Storm filled a teapot and took a metal jug of cream from the gas fridge. She went back for a jar of cookies. I tensed in the silence. It was a mistake coming here. Talking about the disappearance of her mum was not going to help. It was just going to make it worse for her.
The rain was belting down outside, the smell of thunder seeping into the little kitchen.
Storm sat down, pushing the cookies towards me. I thought of a dozen reasons to refuse but bit into one instead. The cookie was still warm and soft. The taste was rich and sharp. Bitter sharp.
She looked at me, cocking her head. I forced a smile and took another bite. She poured the tea, and we helped ourselves to cream. The tea took the edge off the cookie.
I remembered the first time I had tea, at my Grandmother’s place. There were lots of memories hiding there. I remembered her lecture on Galileo and my Great Aunt telling me stories. Don’t forget the dragons. Catch a falling star.
*
For a moment I was sitting around a different farm table, at my Grandmother’s place. Far out near the western deserts.
My Great Aunt Catherine Victoria Edmonstone, and my Grandmother Blanche Bootle were serving morning tea. There was tension in the air and that sick feeling in the pit of my stomach like I was falling.
Grandmother started by asking the assembled children what would happen if one of them were to climb the water tower and drop a bullet and a feather at the same time. Which one would arrive at the ground first?
All the children shuffled their feet and looked in their tea cups.
My Great Aunt came to the rescue, “Oh! Not that old chestnut, Blanche.”
We had never seen a chestnut.
Grandmother resorted to direct questioning. “Righto, you there. What gets to the ground first? The bullet or the feather?”
Ross went guilty red. Just before tea, he had pinched a couple of bullets to put on the Narromine railway line. He stammered, “I don’t know Grandmother. I wouldn’t drop a bullet there.”
This was too much for the little kids. They blurted out semi-confessions. They had seen feathers fly “somewhere else”. They confidently affirmed that feathers would not fall to the ground. They never did in a pillow fight or when you were chasing chickens.
Grandmother looked sternly at us all, and started her lecture. “The most famous man in the world once proved that a feather and a bullet fall at the same speed. He dropped them from the tallest building in the world, and they both landed at the same time.”
My Great Aunt didn’t believe this story and called for a practical demonstration. Perhaps Blanche would stand on a chair and drop the two items. Grandmother countered by an appeal to her authority in related subjects, such as baking.
In my mind the grandchildren quietly evaporated, retiring into the coolness of the central rooms in the old farmhouse, far away from the blistering heat outside.
It was hot out west, I remembered the heat.
My Great Aunt turned to me and smiled, “Don’t forget the dragons. Catch a falling star.”
*
I shook my head. This was not the time for that.
The rain was easing. Storm poured a little cream into two bowls under the stove.
My vision blurred.
*
I was back sitting around the table with Kathy and Storm. Talking about aelfs in the garden and the caves in the high country that a couple of dragons had colonized. Smiling and earnest, worrying about Kathy.
Kathy paused and turned to the younger Storm, “The wind is coming up. We should get the clothes in.”
I could feel my back crawling with pain as the figures at the table started to fade.
*
Storm said, in a matter of fact way “It is all in the past. Sometimes I see us all sitting here. Sometimes I watch you talking with mum about the first time you both saw a dragon or talked to one, or about the aelfs, or the gold.”
She said, with a slight tone “You spent a lot of time talking about the gold.”
I could not speak. My mouth felt numb.
Storm caught my eye, “About my confession. I am a bit embarrassed by this; I have not done anything like it before.”
She went over to the door just as the rain stopped and listened for a moment.
The light changed. All around was the smell of a summer storm just past and a soft glow in the sky. Static electricity hung in the air, setting her hair on edge.
She cried out, “Wa-wa-animae!”
The rainbow came from the heavens like a meteor, hitting the ground with an explosion of light, leaving a faint trail as the mist rose.
I froze as she turned and lifted her eyes. Waylander, my white cat, who had been missing since I returned, sauntered to the door. She stood on back paws reaching up to Storm’s hand, electricity jumping between them.
Storm coughed, “My confession is: I stole your white cat.”
Copyright Dark Aelf 2020-21
Back to INDEX
Labels: Novel