Falls of the Yuin Trace

The Yuin Trace is a series of traditional dreaming trails stretching from the coast to the alps in what is now south east NSW. Some of the rivers (including those that now flow East to the sea) originally traveled East to West but the direction of flow has been altered by land uplifts. Today the area encompasses both east and west flowing rivers.

(In preparation - falls will be added as imaged. Note that most of these falls are inaccessible, and locations are not provided.)

Clay to produce pigments for ceremonial purposes has been mined from the upper reaches of the Yandyguinula (and further south from the lower banks of the Genoa) from time beyond reckoning. Colonials also mined small quantities to produce smoking pipes. 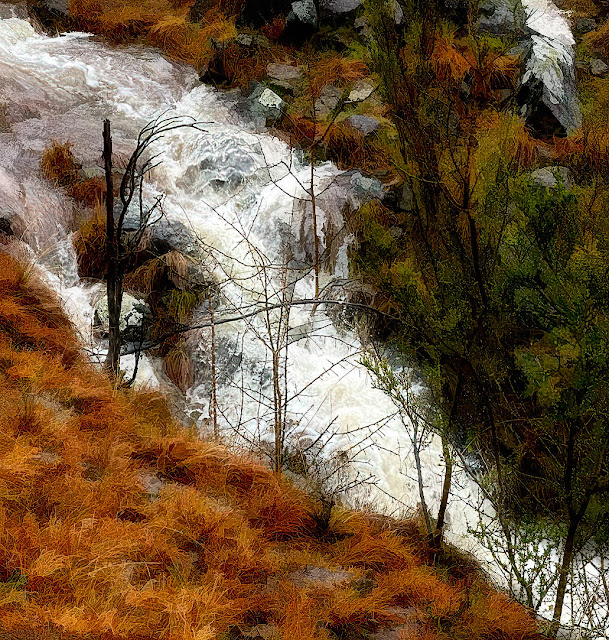 The ceremonial dances of the First People confused colonials.
Father Walker reported in 1821:
"...when darkness had shrouded nature in her mantle, [they] began to undress; and immediately to paint themselves with a kind of white earth that resembles our pipe clay. The figures displayed neither taste nor ingenuity. Longitudinal lines on the legs and arms, and curved lines from the breast to the arms, and a spheroidal figure on the breast, intersected without the least display of art, constituted their principal pencil display. Some were disfigured with a soft excrescence of iron ore which made them red; and around the eye they struck a circle with the pipe clay. Before the men were prepared for the Corrobbaraa dance, the females assembled at the order of one of the songsters, who muttered the song, beating time with two waddies, to sing. This was the invitation to commence the dance. And, presently, was heard the imitatory snorting and stamping of the Kangaroos. The dance was introduced by the louder singing of the man, and females. The females continuing to beat time with their hands on a bundle which they held before them.
...it was of too shocking a nature... to describe."
Atkinson reminisced in 1863:
"[One dance] was an imitation of the bounding of an emu, the hands being raised before the face to represent the flat bill; another was the kangaroo dance. Two large sheets of bark had been cut and painted, to rudely resemble giant figures, a head and shoulders being cut out and painted, the rest lined in the skeleton fashion which imparted so ghastly an appearance to themselves. The pigments employed were pipe-clay, yellow ochre, and red clay. What part the figures were to play we did not learn, or only a scenic effect, not usually employed by them. The whole thing bore evidences of having been arranged with an eye to startling effectiveness; the painting, the sudden appearance form behind the trees, the fires, the extraordinary feats of muscle testified to the pains and time devoted to this sole amusement.
I was told by a medical gentleman that many years ago he witnessed a dance in which two figures were introduced, daubed over with spots of paint, and that the performance was a representation of the sufferings of the blacks under the small-pox."
White Wombat Falls 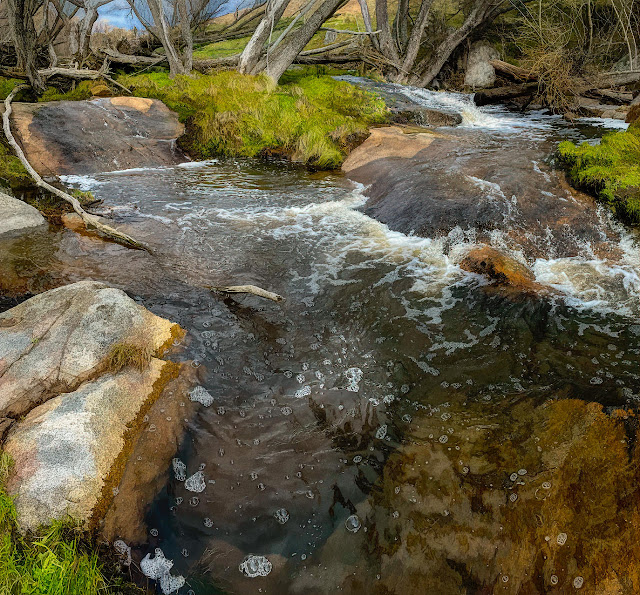 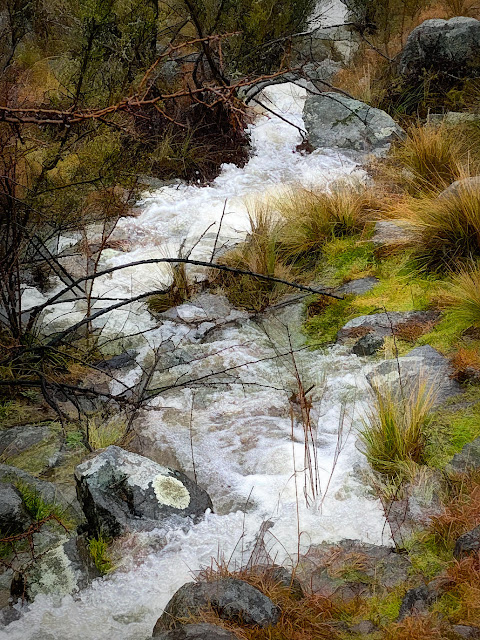 "Last year an ancient Blue Mountains aboriginal, Billy Lynch, told me that his people were skilled in the treatment of snake bite, and in the old days he had never known one of them killed by it. When a native was bitten his companion hurried him to water, placed him in it, left the wound alone, but sucked hard over the heart, and in a very short time  declared him free of danger.

The Illawarra natives evidently did not possess this skill, as, according to Mr Brown, they were sorely afraid of snakes. When bitten they scarified and sucked the wound. He never knew one die of snake bite, however, though they were said to lose their sight as a result of it. Perhaps some superstition had to do with their fear, for they were generally fearsome of the unknown - so are most men for that matter." 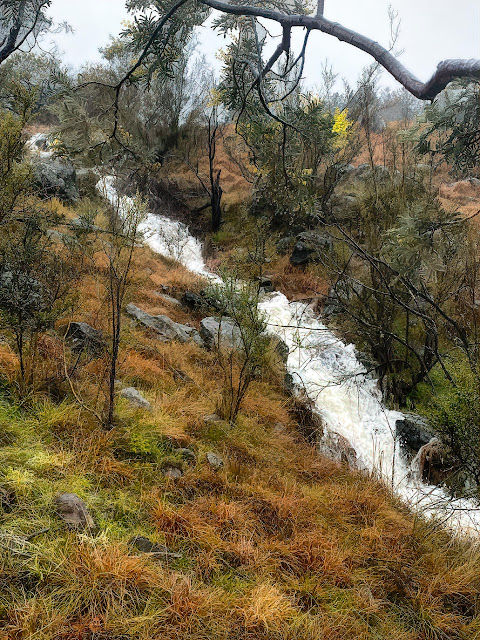 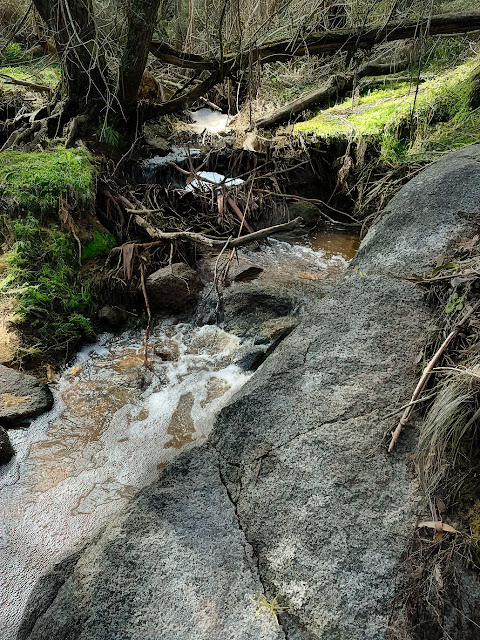 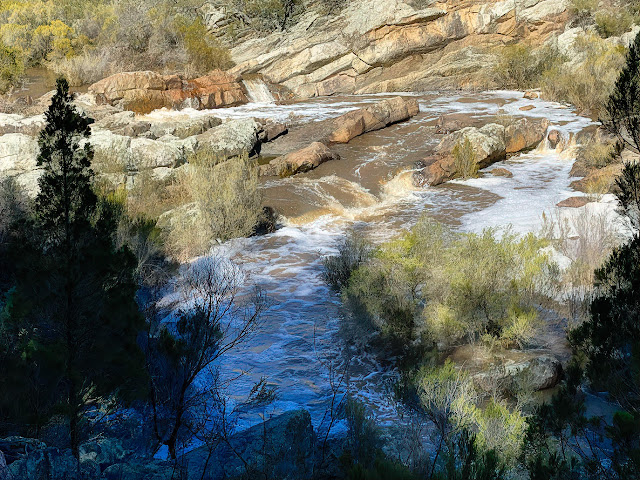 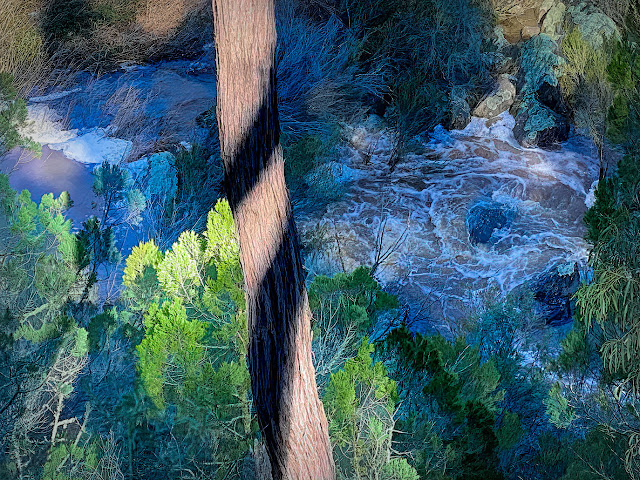