This is a set of screenshots taken directly from Unreal Engine 5 - exemplifying work in progress to undertake a cinematic shoot.

I have included my workspace in these shots as it provides a context for the shot and information where the virtual cameras is using a LUTS to correct color. None of these shots will be used in the film, but they provide help in grooming scenes for shots (adding detail), post-processing options (color correction or depth of field) and in dealing with dream sequences in the film that will have a different color treatment to the main film. 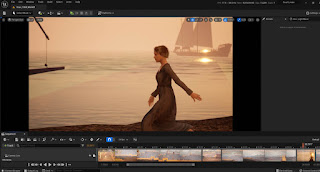 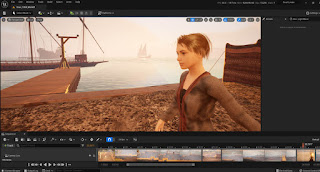 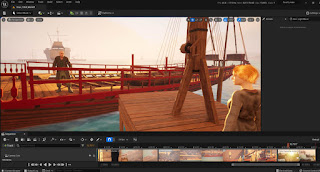 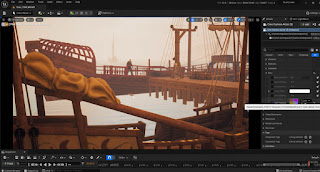 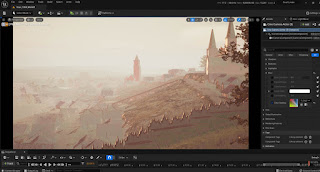 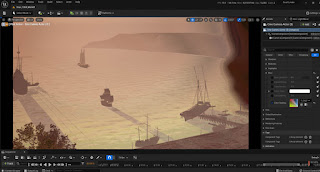 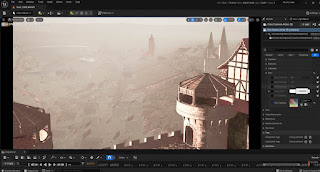 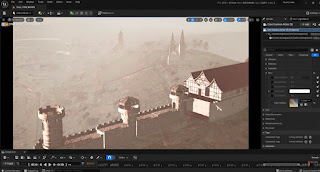 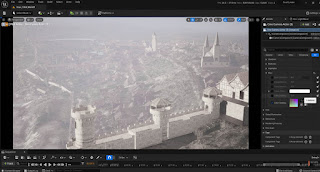 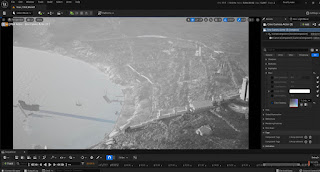 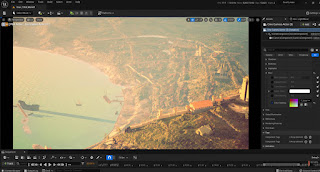 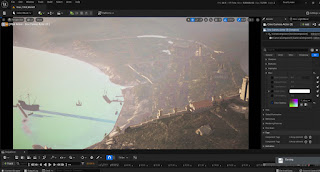 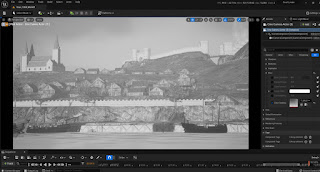 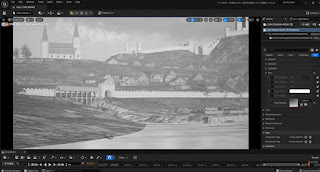 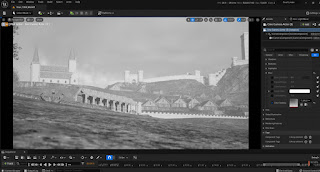 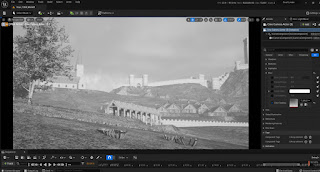 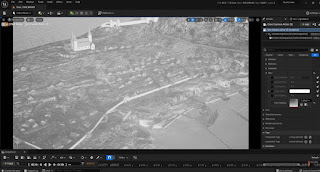 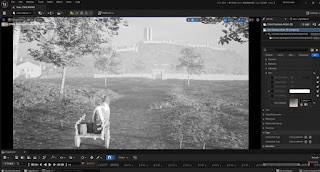 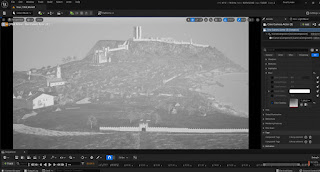 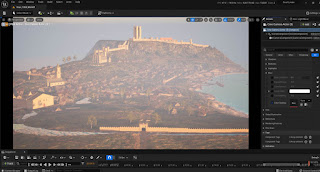 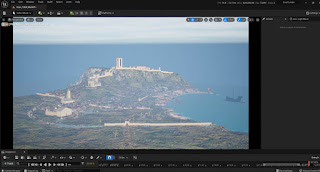 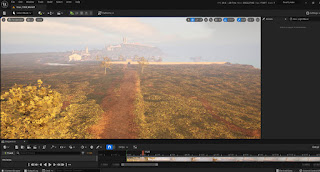 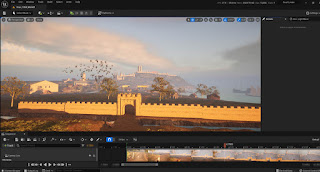 Work is still continuing on the building and final placement of assets for stories based 1264. Examples of refinements follow:

i. the far western wall depicted in the final couple of shots above was only funded and built after Royal approval of murage for seven years in 1308. Until then, the 'new town' (Newborough) outside the 'old town' (Auborough) walls was protected by town moats which sprang up in different places at different times. The main town moat shown in the Leland plat may have been originally supplemented by a sharpened wall of stakes with wooden towers and gates (a similar assumption has been made by modern artists for the Castle moat).

ii. In 1252 Henry III permitted the town to construct a new pier. It is recorded that separated strata at White Nabb was used for the early piers. The Leland plat shows the shore stone works and a orphaned pier (now the old port pier) and basic port facilities at the far east point of the pier. I assume that port works included wooden docking poles and some longer piers. Prior to the stone shore work, boats could have being easily run up onto the sandy shore for repair - so I also assume that port works included ramps, pulleys, cranes, boat building sheds and basic defences, as well as a port-reeve facility for toll taking.

iii. Contemporaneously, a moat built between the Rivers Tweed and Yarrow by the Moffats were described as "a big ditch deep enough to hide a man on horseback and paved with stones on the edge". Suitable stone may have been in short supply in Scarborough (most available stone was reserved used for Crown works or building foundations (an activity that gave rise to a specialist trade in town). Few private houses (including the King Hall were constructed entirely of stone) and the Leland plat suggests most structures were woodframed (perhaps some based on York trade practices). The Dominicans unsuccessfully petitioned the town to reuse the 'old town' wall for building material and water works in 1283. On balance, I have left moats as unbricked earthen ditch and wood affairs.

iv. Although established in town by 1216, the Dominican church was not yet constructed (1283 petition). In 1245 the Franciscan (Grey Friars) monastery was erected.

v. the castle and works were in a poor state of repair. At that stage it had five towers (the fifth above the entrance?, all covered by lead), and at different stages housed 60 servants and 10 balistarii. Stables/residences have been excavated in the bailey below the keep and along the bailey walls.

vi. Henry II reconstructed the Keep and the stone wall enclosing it. John built the curtain walls to the south and north, as well as a residence (stone) and great hall (stone base) although some artists depict the area without the south wall. The towers along the south wall were certainly added at a later date. Henry III approved a drawbridge protected by two towers at the moat (the extended barbican as we see today was not built).

vii. The Damyot Stream has largely dried up and vanished - but was an important element in the old town (especially for the Franciscan and Dominican monasteries).

vii. The yearly 45 day fair may have been held in different places at different times (some note the ridge north of St Marys near the Bluestone, but in 1264 it was possible held on the beach below the castle (South Sands) along the outside of the town wall.

viii. The town area is quite steep and would have required a fair amount of excavation on the sides of roads to achieve flat building conditions. In the modern town, extensive rubble walls are still evident. I will use Aulborough levels as a general guide to house foundations save near the port, where evidence points to the bay having been much closer to shore than today.

ix. There is evidence of some industry at different times - butter, eggs and milk farms (some operated by monks) a rope factory, salt extraction, quarries, woodlots.