Freyja: The Seven Stories of the World: [2] Order 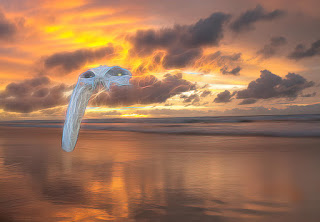 On the day they called Wednesday, in honor of the Nordic chief god, called Woden in the old languages of the steppes, Freyja awoke.
Snowflakes fall through the mist into the field outside her hall. She opens her eyes wide and smiles, feeling a warm body beside her. She props herself up on an elbow, looking at the snowflakes settling.
Feeling a touch of cold, she frowns. The snowflakes turn into plum blossom and warmth returns. She stretches deep into the ruins of the bed.
On the second day of his captivity, as he opens his eyes, plum blossoms fall through early sunlight onto the field outside her hall. She is looking at him.
She smiles. “Who are you?”
“I do not belong here,” he replies.
“Neither of us belong here,” she agrees. “Let us return together to the real world and be frank with each other.”
“I don’t know who you are,” he counters. “For all I know, you could be a goddess, playing a human,” he grimaces.
“Believe me; I am just like you. Come talk with me. I like your voice. I like your stories.”
He whispers, "I have only told you one story, and it put you to sleep..."
She pauses, "Tell me another story. I will listen carefully this time."
He thinks, “My stories are my life.”

This is the Thief’s second story told on the day they called Wednesday, in honor of the chief god, Odin, once called Woden in the old tongue. As we invoke his names, you may imagine Odin stirring in his great hall of 540 doors with the two wolves Freki and Geri sleeping lightly nearby.

The Thief spoke:
My story is a love story, old beyond memory. I once overheard it, being spoken by one woman to another. I do not know whether the number of retellings in this form was thousands of generations, or simply one. But the truths the story tells are obvious, and it contains within it the stories that every mother should tell her daughter.
It is a story about order in the world: how, despite every life burden, it is within the capacity of people to kindle a powerful and enduring love.
Perhaps a man should not try to tell this story. It is a savage story, unbelievable, but I want to believe it. Perhaps the original should be told by an older woman to a younger woman because it is a story about being a woman. Forgive me for telling it as a male.
It is an old Inuit story about a girl made of bones.
A young fisherman once heard a terrible tale. So terrible that his family only spoke about it in hushed tones. Because of the story, fishers from the community refused to fish the bays to the North.
(She muffles a yawn when he mentioned fishers, remembering the dull sameness of their lives.)

The tale concerned a willful young woman from the North. She offended her family in an unspeakable way. The young man knew that most young women do that sooner or later.
But this time, her father argued with her on a cliff edge North of the young fisherman's home. The argument ended when the father threw her onto the rocks below and her torn body was taken by the ocean.
So the young man’s story starts with the death of the girl made of bones.
The young fisherman grew, learning to survive in the cold of the world. Fishing from ice and kayak, with net and line made from sinew and bone.
One year, he paddles North, into waters unfished for many years, ignoring the warnings of other fishers.
He came into a bay in his kayak. The bay is bordered by cliffs. He casts his net into the water.
Instead of fish, he snags the remains of the bone girl. He thinks he has caught a big fish and pulls the net towards the boat. Awoken by the touch of the net, the bone girl struggles to free herself.
In the process, he gets entangled in the net himself. When finally he sees he has caught bones, he panics and tries to cut the net, but cannot.
He paddles the kayak back along the coast as fast as he can home, with the bone girl skipping behind him, over the water. The bone girl becomes aware that she has left the bay where she was killed and is being taken somewhere new.
The young man staggers from the boat to his snow house still tangled in the net. So the bone girl comes into his home as well.
In the darkness of his home, he lights a fire, fearful of what has happened.
He slowly recovers his breath and sees the sorry mess before him in the net. He imagines the bone girl looking at him; imagines seeing the reflection of her father, and fear and hatred shimmer through her bones.
The young man is tired. He tries to make sense of the situation. With respect. he gently removes the bones from the net and places them into their original position. Sorry for what has become of her, he sings a song of remembrance and covers her bones with furs.
The bone girl is confused by his actions and watches him carefully.
He lies down near the fire. He enters a waking dream. A tear forms in his eye. He imagines the bone girl shifting closer to him until she is close enough to drink his tear. As she drinks his tear, flesh starts to grow back around her bones.
During the night, the bone girl raises herself and looks at him. He feels the soft thump of a drum; his heart is beating loud and strong. She hears his heart call her, and she stands near him and plunges her hand deep into his chest. She takes his heart.
He cannot breathe, watching her hold his heart carefully to herself. He watches her let the furs he wrapped her in fall to the ground. She comes and lies next to him.
She gives him back his heart. He opens his eyes and smiles. They share his heart, and she wraps her breasts around them both, to keep them warm.

He finished, “This is the story I was once told. Others tell it a little differently.”

She watches him fiercely.
The Thief asks, “Have I said something wrong?”
She said, “I do not need your pity nor your excuses. I do not need you to straighten out my bones. My heart beats well without having to take yours. I do not feel the inclination or need to wrap my breasts around us to make us warm.”
He said, “Last night you held me close and whispered words of desire. Now you keep me at a distance. I feel caged, not desired.”
She raises herself and looks at him, his eyes dark and fearful. He feels the soft thump of a drum; his heart starts to race. She hears his heart call her and shakes her head. Plum blossoms fall behind her.
She imagines plunging her hand deep into his chest and taking his heart.


Index to the story cycle