Letter: Dancing in the winds of uncertainty (2019) 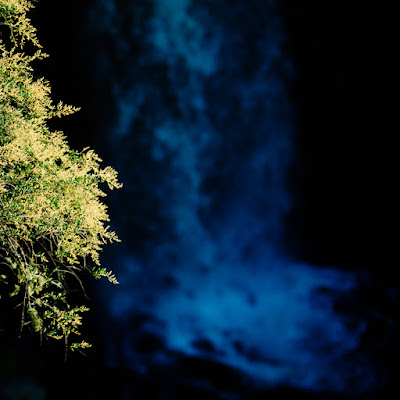 It was good to bump into you and your daughter after so many years. It was a pleasure to briefly recall all those years we worked together rebuilding the civil law. I am sorry our change meeting was interrupted, but promised to finish our conversation by letter.

Pliny the Elder, who as admiral of the Eastern Fleet died rescuing survivors after the eruption of Vesuvius that destroyed Pompeii, left us an enormous body of work, 'Natural History', based on observation, experience and science. Still, the work is sometimes derided because the fantastical can be found at the edges, and because Pliny the Elder refused to deride the religion of the day.

Pliny gave credence to the practices of an agricultural writer, Cato the Elder, who had lived 2 centuries earlier. Cato wrote about farming (i enjoy his books on farm practices and think you would as well) and developed a dietary method he applied to his household, to stave off illness and disease. He and his wife lived to a very old age, a result later writers put down to his recipes. Plutarch said:

He never required his patients to fast, but fed them on greens, or bits of duck, pigeon, or hare. Such a diet, he said, was light and good for sick people, except that it often causes dreams.

Dreams might be thought a trivial side effect when weighed against the benefits of a light meal; but perhaps it should be remembered that many of the medical treatises from antiquity to Bald's Leechbook in Saxon times devote pages to worts that cure unsettling dreams.

But let us return to Pliny the Elder, and watch the way he dances through this maze of uncertainty. He wrote:

Cato was of opinion that hare's flesh, taken as a diet, is provocative of sleep. It is a vulgar notion, too, that this diet confers beauty for nine days on those who use it; a silly play upon words, no doubt, but a notion which has gained far too extensively not to have had some real foundation.

That 'provoking' sleep, through eating a light meal such as hare, is jarring. We are used to the notion of lulling or medicating a person into that state. But Pliny then dismisses with prejudice the common superstition that the diet confers beauty (the word hear 'LEPUS' is passing similar to grace 'LEPOS') only to catch himself at the last moment in uncertainty. If the effect on beauty is nonsense, why is it held so extensively?

Plato went on to laugh quietly at the practices of magicians:

According to the magicians, the gall of a she-goat, but only of one that has been sacrificed, applied to the eyes or placed beneath the pillow, has a narcotic effect. Too profuse perspiration is checked by rubbing the body with ashes of burnt goats' horns mixed with oil of myrtle.

The thought of applying the bitter gall of a goat (which no doubt you recall) is surely a just desert for those who give credence to the Magi (although i note a recent study with mice suggests that in small quantities gall will not kill you outright).

Likewise, the modern world has a fraught relationship with astrology and commonplace dogmas, religions and humanist dialectics.

Today we are unclear how any can tell us much about the future or guide our paths through that future. Instead, i think that their strength lies elsewhere - each forces us to consider options and possibilities that might not have naturally occurred to us.

The weakness is that those waiting for a predicted lotto win will wait in vain. This year, astrologically, all of my friends would have variously become happy, treacherous, loyal, ill, pregnant, menopausal and cancerous. Few have actually transpired - but each prediction forces contemplation and allows a sequential focus on a different possibility. Other dialectics, humanist and religious, provide tools for helping to identify vulnerabilities that might not have occurred naturally to any of us.

Please do not laugh, but a couple of years ago i did a good deal of background research on palmistry for a book i was writing (Catalyst). I ending up reading a 700 page comprehensive guide to the art and a ton of scientific papers from the 50s and 60s on palm crease association with clinical disease or behavior. While i approached skeptically, i left with greater caution. For fun, i took on volunteers from work, to practice reading. It ceased to be fun very quickly, for me, for when i started to explain how a life line or health line worked, i sensed great discomfort and anxiety in the person concerned. So i always trivialized and ended the sessions in fun, rather than being serious.

Despite living in an age dominated by secular scientific humanism, we are just a heartbeat away from reaching for superstition. Just as Pliny the Elder was. In this i see a battle between the comfort and stasis of certainty, and the desire to dance in the winds of uncertainty.
Vale