Five bells during the dog watch

Sometimes we forget the lessons hard-learned by our parents and their parents. 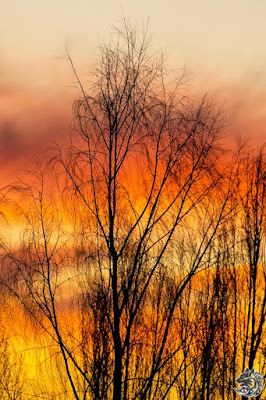 Traditionally, time keeping on naval boats is recorded in 30 minute intervals, through 6 shifts of 4 hours.  One exception to the rule is the 5th bell during the Dog Watch – at 6:30pm.  After the events at the Nore in 1797, no English bell rang that interval.

In 1797, after four years of war with France, a series of mutinies swept through the English navy. For a moment in time, London was blockaded and the possibility of social revolution existed.  Some, perhaps many, of the ships might have defected to France and the people’s revolution.  Unrest swept through the fleet at Spithead (Portmouth), the Nore (London), the West Indies (the Hermione and Marie Antoinette), Ireland, the Cape of Good Hope and Spain.

The mutiny was resolved by the navy embracing structural reform – lessons which, by the end of the war with France, saw the navy at the forefront of advancement through proven experience rather than patronage (a culture that continued to pervade other parts of military culture until after the Crimean War).  The mutiny at Spithead was resolved peacefully, through discipline, negotiation and change.  The mutiny at the Nore broke up in disarray and was crushed.

Wikipedia records that: “After the Nore mutiny, Royal Navy vessels no longer rang five bells in the last dog watch, as that had been the signal to begin the mutiny.”

The lessons learned in the fleet were slowly translated into other parts of public administration – and to the colonies.  Some of the mutineers from the Nore were immediately transported to New South Wales.  A number of naval officers and crew also took office in the new colony after the war, encouraged by generous land grants.  They brought with them the lessons learned from the mutinies and the subsequent struggle – and these lessons eventually shaped local public services entrenching principles of advancement through experience and demonstrated capacity.  The alternative – based on the purchase of offices or advancement through patronage was specifically prohibited.  To the best of my researches, the last local examples of such a practice occurred in the late 1840s, with the office of police magistrate based at Braidwood being bought and sold between a couple of army officers.

Don’t get me wrong, the doctrine of advancement through experience has always been susceptible to political interference, graft and corruption. However, it is difficult to hide such advancement.  The principle itself has not been applied rigorously – it could be avoided or evaded in some areas such as judicial appointments and the practice of establishing stand-alone public offices (and appointing people of ‘merit’ to the office).

Advancement through experience within the broader public sector came under sustained pressure late last century with the tacit support of both mainstream political parties.  Public sector ministerial advisors were replaced by political appointees.  Finally, the Commonwealth Public Service Act itself was changed to require all appointments to be on the basis of merit rather than experience.  For a decade after the reforms I worked closely with one of the architects of this change – and saw this person’s heart-breaking change from pride in the achievement to desperate disappointment with the outcome.

In principle, the change has much to commend it: merit is an attractive and deserving concept.  However, the move from the simple and objective standard of experience through service to the highly subjective standard of merit introduces uncertainty, vulnerability and risk.  It has provided a pathway for the re-emergence of appointments of ‘hand-picked teams’ to support a particular executive and, in some cases, the return of the obnoxious doctrine of patronage.

Today, we have lost the understanding brought about by the silence of the fifth bell – which reminded men and officers on the Navy of the abyss faced in 1797 – and the hard won value of advancement through proven experience rather than patronage.

(Background: This stub is about _Managerialism_ (a noxious system of belief, that originated in this country, and that has infected many of our public institutions).  The clash of the concept of appointment through experience or merit forms one element in this critique.

My research has two short-term targets: firstly the capacity of politicians to appoint private staffers.  I have mixed feelings about this - and the arguments for and against are finely balanced.  The second is outlined in the speech research and concerns general public sector employment practice.  Here the arguments are a little more clear cut...  patronage is bad, experience is better, merit is great in theory but works like patronage in practice.
The long term goal is structural change to remove easy opportunities for the private use of public property (ie, graft and corruptions by politicians).