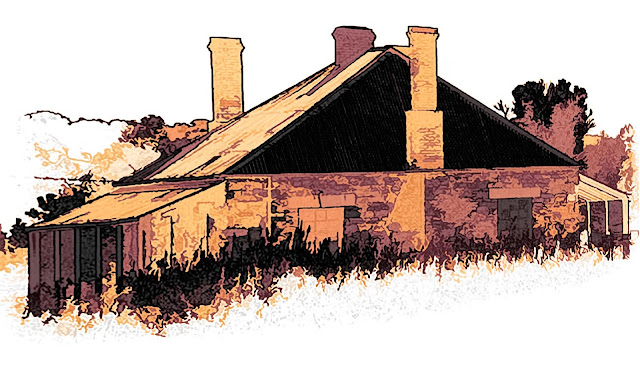 The day after Kathy had lost her cool, Storm kept a low profile. Storm reasoned that she would let that fire cool a little and, besides, she had to write an essay on some weird French dude. She had put her phone in her second sock drawer, out of sight but silent since that idiot Bruce and she had fought.
Her mother and she had made her a study desk. Kathy had insisted on putting in an old inkwell in the top right corner and, at the time they had both laughed, thinking that it would hold back the years.
But it was not to be. It did not protect her from the years or Bruce or herself.
The inkwell had held lots of different liquids. It started with the finest Indian ink, and she built pictures of her friends from school, the cats across the creek and a dog from the bus stop. Then she started to experiment with her own inks. Rust and thick syrupy oil from an old tractor, crushed earth or flowers mixed with egg white and vinegar, and briefly, more exotic sources. Red wine from her mother’s cup, Irish cream and then one day, when she cut herself accidentally, her own blood.
She expanded her painting efforts from plain paper to galvanized iron sheets to skulls she found in the paddocks and eggs shells. All around her room were little mementos of those past endeavors.
She dragged her eyes back to the essay and sighed.
Then she frowned and silently cursed Bruce for having persuaded her to sign up for this course. She pushed the papers to the back of the desk and wondered whether her mother had made some cookies.
Pondering the pleasure of a cookie against the unpleasantness of speaking to her mother, she threw on some farm clothes. She caught a glimpse of her shoulders in the mirror. She had cried away too much weight after the argument with Bruce; too much weight.
She covered the inkwell, and listened for sounds of movement before putting on shoes and quietly exiting her small bedroom into the cool darkness of the sitting room with its piano and displays of peacock feathers, emu eggs, and faded photos. They had argued over every item, but Kathy had won, and Storm stopped and smelt their age and felt a strange comfort. Still, Storm told herself, when her mother eventually left home, this place would get a real clean up.
She continued into the kitchen. The iron was warm, the old kettle spout covered with a gloss of changing mist. Her mother had left a note on top of a new bottle of ink. Storm put the ink into her pocket and looked at the note. It said she had gone to town to get groceries.
Storm poked around the biscuit jars, but all the cookies were gone. She made herself a cup of green tea and then started to collect flour and sugar to make a new batch. She took the bucket of milk from their icebox and scooped off a decent serve of cream. But there were no eggs. Her mother must have taken them to the cooperative.
Storm finished her tea, and wandered outside the old stone house onto a wooden veranda and out into an old garden, full of flowering bulbs and bushes. She walked carefully down the garden path, watching for snakes and lizards, down to the chicken run on the edge of the house yard. The trees of the house yard gave way to the open pastures and fences of the horse paddocks. She tried to remember if the eggs had already been collected. As she came into the run, one of the chickens started to cluck from the laying boxes.
Storm waited for the chicken to flap down from the box and walked to it, peering in to check for rats and lizards.
Her initial thought was that her mother had played a trick on her. Standing inside the egg box was a tiny, slim woman. She was dressed in a soft green tunic with a buckskin jacket, soft shoes, and elegant gloves. And she was holding Storm’s egg with both hands. On second thoughts, she could not be more than 8 inches high. Storm remembered the old stories, and knew without a second doubt that she was looking at an aelf.
They looked at each other with surprise and open mouths.
The aelf shut her eyes tight and said to herself,

“I do not believe my eyes
What creature have I now fantasized?
Next, it will be butterflies!”

Storm shook her head, searching the aelf’s face. Storm noticed a tattoo on her left cheek and heavy earrings.
Storm said, a little unsure, “You have my egg. Are you for real?”
The aelf opened her eyes and glared,

“I am a landwight,
Guardian of this site
Take care! I bite!”

Storm smiled and changed tact, “I like your tattoo, landwight. Is that a sun? Is landwight your real name?”
The aelf said,

“This is my egg
Taken from chicken leg
For milk and nutmeg.”

Storm considered the situation and started, “I believe in you, landwight but I do not think you can drink that egg all by yourself. How were your thinking of getting the egg out of here? How long have you been stealing my eggs?”
The aelf’s eyes narrowed,

“Teathyme does not steal
Stand clear! Move out of the way!
Or I will make you squeal!”

Storm laughed, “Why do you sing everything?”
Teathyme thought about putting the egg down and fleeing, but the giant was blocking the entrance. A giant that looked a little like her, and who smelt of the land. For a moment she was tongue-tied.
Storm said, “Tell you what. I have never met a landwight. Come to the farmhouse and I will share the egg with you, make you cookies and cream and we can come to a longer-term arrangement about eggs. Then I will show you my tattoo and we can dance. And I will tell you about the most horrible man in the world.”
Teathyme said, “Dance?”
Copyright Dark Aelf 2020-21
Back to INDEX
Labels: Novel