This group of short stories (under construction) are grouped into a rough experimental novel for publication in March 2020. The novel is based on events of the 2020 Australian fires, the almost war between Iraq and the US and the rapid spread of the Novel Coronavirus (2019-nCoV). 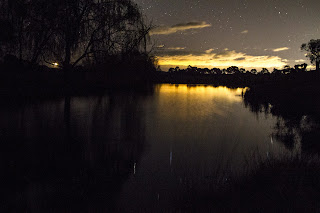 Note to readers:
In its present form, the writing is deliberately obscure, and perhaps might make more sense if considered the ravings of a heavily sedated patient, even though that is not the case.
c Peter Quinton
published: Dark Aelf Publishing, Canberra and New York, 2020


1. The day after I died, I found Ming Wei and Previ.
I was wandering the foothills of Mt Oblivion.
The sky was full of fluffy white clouds. The sun was poised to fall below nearby hills. The pastures were a verdant green, and small streams tipped falls of pure sparkling water from cliffs. There was no hint of smoke in the sky, no scarred nor fallen trees. Birds filled the air.
I felt no pain, drifting as I pleased, delighting with each new find, promising myself to return with a camera and notebook.
I ignored the scholar for a while, but regardless of where I turned, he came back into sight. I thought it would be rude to ignore him and approached him quietly, trying not to surprise him.
He sat, brush in hand, working on a scroll. His hands moved swiftly, a blur of ink and, sometimes, a touch of color.
He saw me and stopped for a moment.
I saw the tiredness in his eyes: he seemed old beyond counting, a long narrow gaunt face, creased by worry. He wore a scholar's hat, and an old robe, patched but clean and well-loved.
He looked at me, and as he spoke, his hands became a blur again as his work continued to take shape: "I am Ming Wei. We thought we lost you."
There was a sharp burst of clicks, and Ming Wei continued, "And this is Previ."
I wanted to look closer at his work, a drawing of great rivers crashing to the sea but followed his gaze to a small ball of energy, fur, and claws.
Previ gave a sharp burst of clicks. So intense, an echo of hurt.
I remembered pain and recoiled.
Ming Wei said, "Previ will guide you from this place. Before the sun sets."
I protested, "I haven't finished exploring this place. I want to stay here."
Ming Wei shook his head and pointed to the dying sun as he faded from sight.
Tendrils of mist fell from the sky. I looked for Ming Wei, and then I called out.
I turned to Previ and wondered. Maybe she would stay and walk with me.
From the edge of my view, I saw thin clear tubes falling to the sky.
Then Previ sprang. She hit me tummy high, claws outstretched.
And then the pain started, and I screamed.

(to be completed)
Labels: Short Story