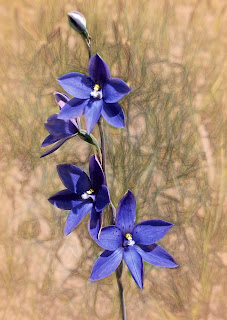 Fire in 2019-20 severely impacted most parts of the Ettrema Wilderness - few areas escaped devastation (a partial exception is the wet valleys below Tianjara Falls). Rainfall followed the fire, washing fallen logs and eroded sandstone into the waterways. Unlike commercially forested State Forests, the waterways appear to have escaped heavy silting. 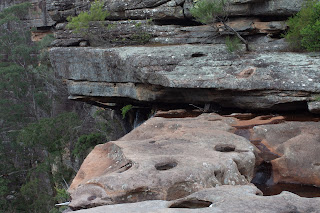 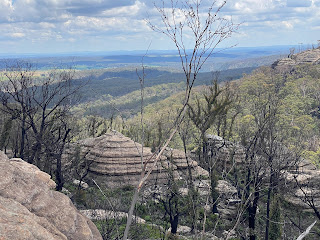 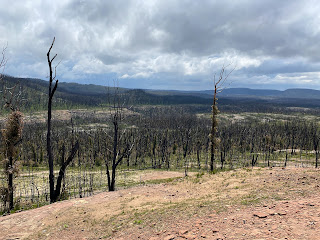 Some wildflowers benefited from fire and rain. Elsewise the events created mixed outcomes: access through the wilderness can only be improved by the (temporary) reprieve given by the burning of sharp tipped heathers and heaths and vines - but small birds and animals already severely impacted by the devastation have lost the natural protections offers by thornbush.
Sun Orchids (including spotted and slender) can be found in abundance. 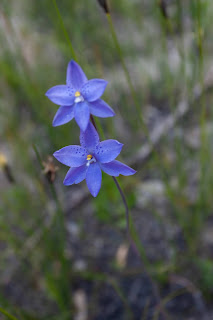 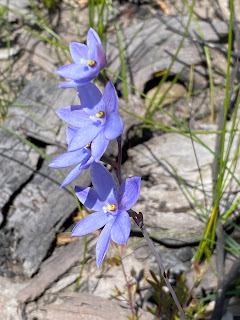 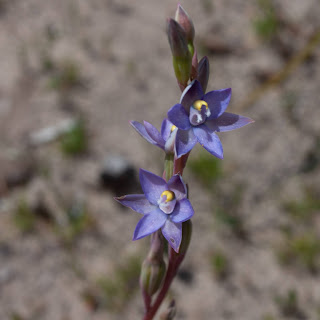 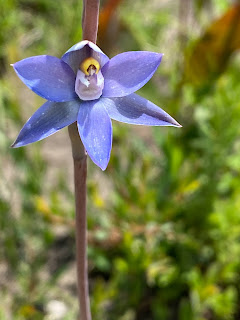 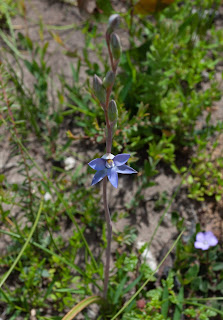 Donkey orchids can be found in normal and miniature varieties. 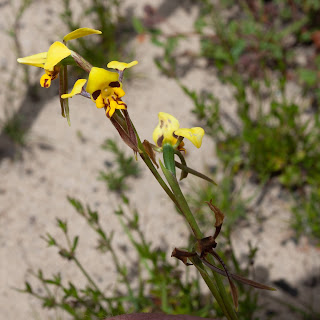 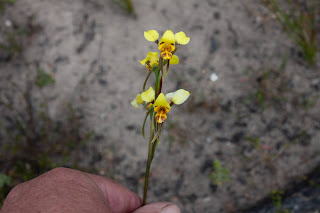 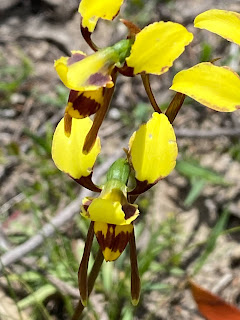 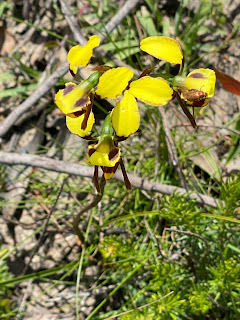 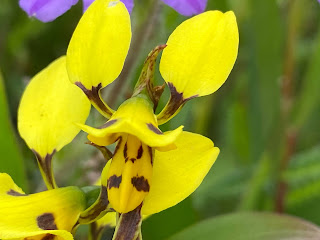 Fan flowers, including the Spur velleia, and violas can be found in huge fields. 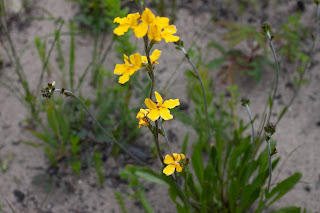 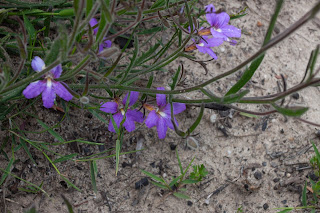 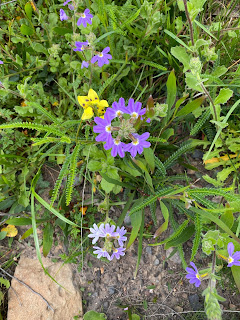 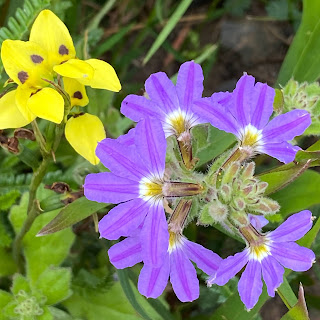 Some herbs, like Lobelia Denata, thrive after fire and also can be found in great abundance. 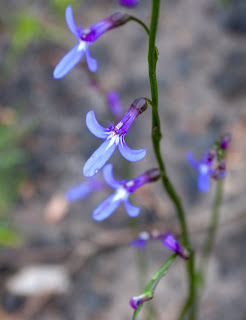 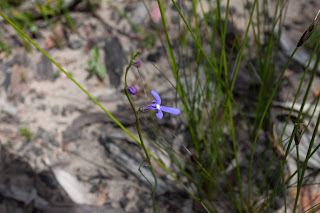 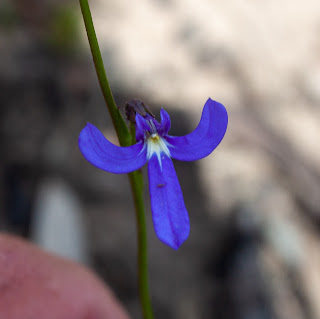 Other varieties of lilies and daisies cover the fire ground. 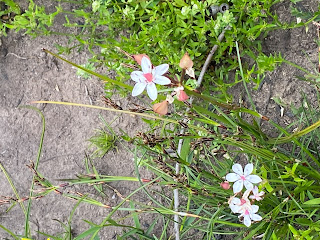 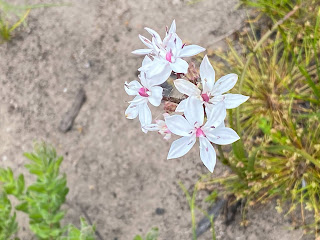 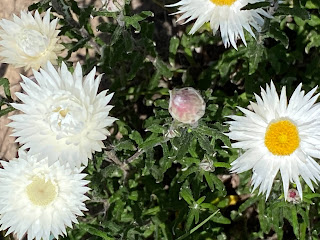 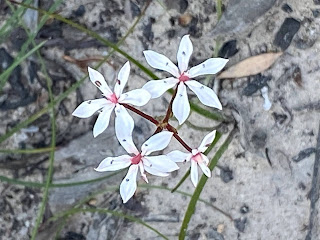 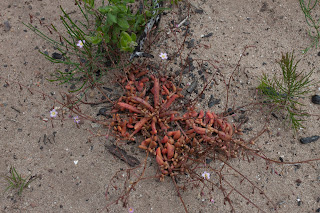 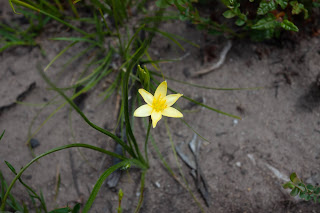 Anonymous said…
Such glorious colors and so much intricate detail in the most delicate of flowers. Such a privilege to witness.
Friday, October 23, 2020 at 9:06:00 PM PDT