Visions of the Apocalypse - Tallaganda Wilderness 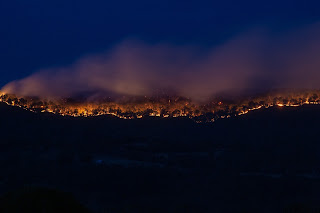 Over a number of days in late November 2019, a wildfire consumed the Tallaganda Forest. This collection of photos was taken while spotting* for spot-fires on the southern edge of the fire. (* In heavy smoke conditions, camera imagery using heavy dehaze processing cuts through the haze and reveals smoke plumes and hot spots.) 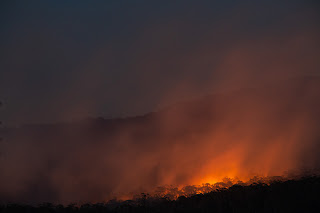 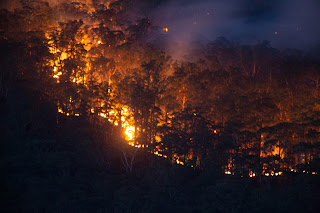 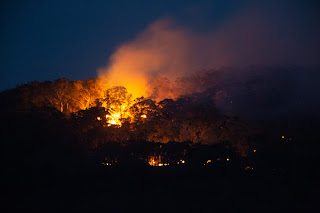 The total energy released over the plateau was roughly equivalent to a 2 megaton nuclear bomb. Although the release of energy was much slower than with a bomb, the central plateau formed a cloud reminiscent of bomb test sites. This fire cloud type is called a Flammagenitus or Pyrocumulus. Farmers from the eastern front reported lightning strike from the turbulence, and i recorded black rain/snow flakes and blackened leaf litter falling from the cloud.

The total loss of mature trees across the plateau could be in the order of 1 million trees. 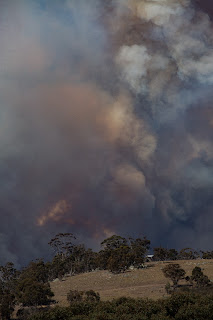 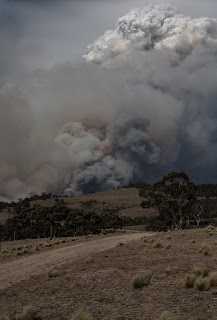 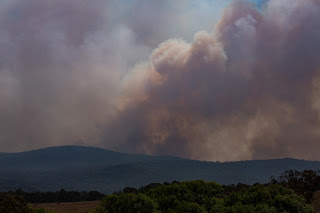 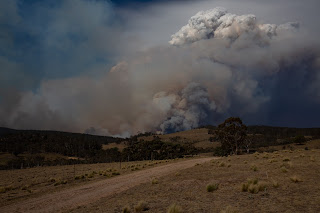 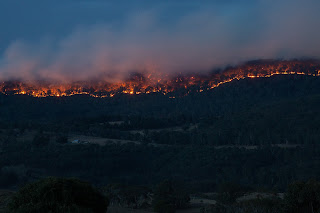 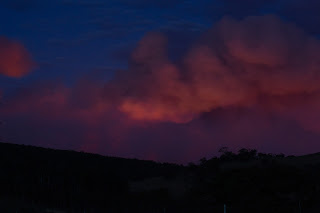 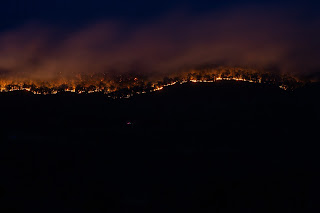 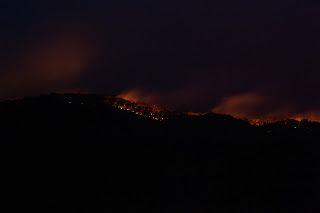 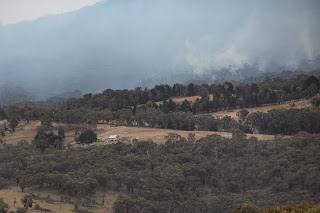 Standing on the edge of the forest, I can hear the crash, of great trees falling.

But for the efforts of local volunteers led by our Senior Deputy, damage from the fire would have extended further into nearby farmlands. 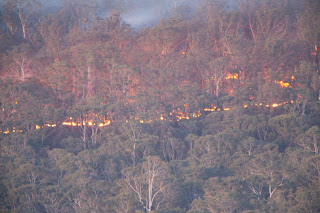 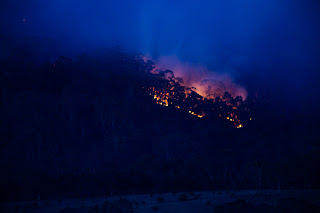